The holidays are here and shoppers have returned to small businesses across America. We’re empowering entrepreneurs with digital tools to help them grow and thrive. Learn More.
BIDEN’S SUNDAY — The president has nothing on his public schedule.
HARRIS’ SUNDAY — The VP has nothing on her public schedule.
POLITICO TECH AT CES 2022 – We are bringing a special edition of the POLITICO Tech newsletter to CES 2022. Written by Alexandra Levine and John Hendel, the newsletter will take you inside the most influential technology event on the planet, featuring every major and emerging industry in the technology ecosystem gathered together in one place. The newsletter runs from Jan. 5-7 and will focus on the public policy related aspects of the gathering. Sign up today to receive exclusive coverage of the Summit.
PHOTO OF THE DAY
Volunteers place wreaths on tombstones at Arlington National Cemetery on Saturday, Dec. 18. | Al Drago/Getty Images
IN MEMORIAM — via Atlanta Journal-Constitution’s Tamar Hallerman and Daniel Malloy: Former Sen. JOHNNY ISAKSON (R-Ga.) “76, died Sunday morning. In Congress, Isakson helped craft the No Child Left Behind education law and, later, its replacement. He worked to reform the Department of Veterans Affairs, immigration policy and health care. He was something of an anomaly in hyperpolarized Washington: a conservative willing to work with Democrats and disdainful of shrill rhetoric. He was so internally popular that his Republican colleagues handed him two committee chairmanships when the party took the Senate in 2015.” The full obituary
OMI-CHRONICLES
The early indicators from Denmark, with one of the world’s best coronavirus tracking systems, are a flashing red light for the rest of the world, WaPo’s Chico Harlan reports from Copenhagen. Even if the Omicron variant is somewhat milder, the median modeling scenario in Denmark foresees a massive wave of Covid-19 cases into January inundating hospitals well beyond what they’ve experienced thus far in the pandemic.
Here in the U.S. …
— AP: Hospitals are already worn out and struggling. “Ohio became the latest state to summon the National Guard to help overwhelmed medical facilities. Experts in Nebraska warned that its hospitals soon may need to ration care. Medical officials in Kansas and Missouri are delaying surgeries, turning away transfers and desperately trying to hire traveling nurses.”
— WaPo: The nation’s coronavirus testing infrastructure is coming under strain as skyrocketing demand in some areas runs into availability and capacity problems. “Public health experts warn each hurdle, from the price tag of a rapid test to a several day wait for a PCR test, makes it harder to battle a winter surge.”
— N.Y. Post: New York state hit a single-day record for new Covid cases on Saturday: 21,908. It broke the state’s previous all-time high… which was set on Friday.
We want to stress: This is before any Omicron wave has peaked.
“Officials hope that the peak of the Omicron wave will be over by early February,” our former colleague Dan Diamond, now at WaPo, writes in a Facebook note to friends and family that he’s made public. “Every expert I’ve interviewed, including some of the nation’s top health officials, has adjusted his or her mindset and now is mentally bracing to test positive after spending two years dodging the virus. ‘Breakthrough’ cases are going to be normalized in a hurry, if they aren’t already.” Related: “What to Do if You Test Positive for Covid-19 as Omicron Variant Surges,” by WSJ’s Sumathi Reddy
Biden will address the nation Tuesday with both “new steps the administration is taking to help communities in need of assistance” and, per a White House official, “a stark warning of what the winter will look like for Americans that choose to remain unvaccinated.” More from NBC
— How the White House is reframing its message: “Administration officials have been debating how to shift public attention from the total number of cases … toward the number of severe infections,” with an eye toward the virus’s long-term endemicity, CNN’s Kevin Liptak and Jeremy Diamond report in their behind-the-scenes look at Biden’s last stark warning to the unvaccinated — which came just three days ago.
— How they’re shifting policy: The Labor Department said Saturday it will extend the testing portion of the vaccination-or-testing mandate for many large businesses, moving it from Jan. 4 to Feb. 9. The administration said the delay was due to any uncertainty created by the legal challenges to the mandate, which a federal court has now allowed to go ahead. Penalties for non-compliance with the vaccine mandate will begin Jan. 10. More from USA Today
Meanwhile, some sort-of good news: CDC statistics have wrongly counted millions of second or third coronavirus vaccine shots as first jabs, reports Bloomberg’s Josh Wingrove, which means we’ve likely been understating both the number of fully vaccinated Americans and the number of fully unvaccinated Americans. The downside, of course, is that it’s “the country’s health system, unlike its G-7 peers, is exceptionally fragmented.”
PLAYBOOK METRO SECTION — WaPo’s Marissa Lang reports on “a growing dread” in D.C. as the city stares down the prospect of an exploding outbreak over the coming weeks.
MEDIAWATCH — CNN is closing its offices for non-essential employees due to the surge, WSJ’s Benjamin Mullin scooped.
THE WHITE HOUSE
SOMBER DAY — In Delaware on Saturday, President JOE BIDEN marked the 49th anniversary of the car crash that killed his wife NEILIA and baby daughter NAOMI. He went to their gravesites at the Saint Joseph on the Brandywine Roman Catholic Church, the AP reports from Greenville.
A message from Mastercard: 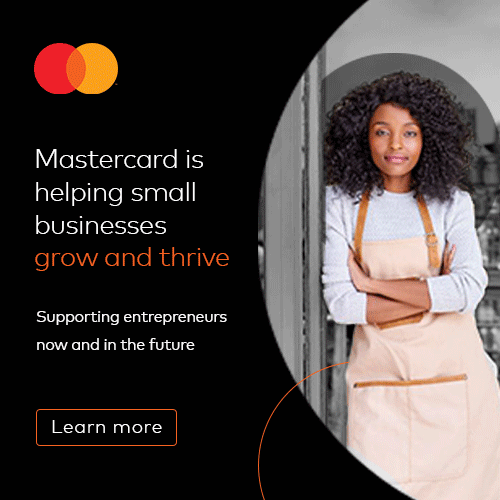