By A.J. Katz on Sep. 15, 2021 – 11:00 AM
Tom Llamas anchored ABC’s streaming news coverage in recent years, and now that he’s back at NBC, he’s returning to the medium with his own primetime series.
Beginning Monday, Sept. 20, NBC’s streaming news service NBC News Now will debut its first daily primetime streaming program, hosted by Llamas, who is NBC News senior national correspondent and anchor.
Top Story with Tom Llamas will stream 7-8 p.m. ET Monday through Friday on Peacock, NBCUniversal’s streaming service, as well as on The Roku Channel, YouTube TV, YouTube, Fubo, Xumo, Pluto, Tubi and NBC News’ apps on Roku, Fire TV and Apple TV.
According to NBC News, “the new show will provide a comprehensive and dynamic playlist of the day’s biggest news and will tap into NBC News’ unparalleled original journalism and access to reporters and correspondents all over the world, including from CNBC, MSNBC, Sky News and Telemundo. Llamas will take viewers on a fast-paced and visual journey to the front lines of the story, covering breaking news and major domestic and international headlines from around the globe.”
In a statement, Llamas added: “The goal of this show is to amplify the best of NBC News and the reach of our reporting teams all over the world. We hope to keep viewers engaged by sharing a variety of impactful and interesting stories with a deeply journalistic lens.”
Top Story will also explore stories on race, social justice, personal finance and more, with a strong emphasis on issues affecting Hispanic Americans. One of the show’s recurring franchises, The Americas, is a daily segment dedicated to stories about Hispanic Americans and Latin America. Llamas is a Cuban-American born and raised in Miami.
“The launch of Top Story with Tom Llamas marks a significant milestone as we expand NBC News Now into an always-on streaming network that delivers smart and trustworthy journalism,” NBC News president Noah Oppenheim said in a statement.
Not even four months into his second stint at NBC News (he was an NBC Newser from 2000-2014 before a seven-year stint at ABC News), Llamas has reported a wide variety of stories for multiple NBC News broadcasts, namely NBC Nightly News and Today, and has contributed to NBC’s special and breaking news coverage across the network. He was dispatched to Tokyo last month for NBC’s coverage of the Olympic Games, and now has his own primetime program on NBC News’ streaming service.
Mike Solmsen is the ep of Top Story with Tom Llamas, and Janelle Rodriguez is the exec in charge of NBC News Now. 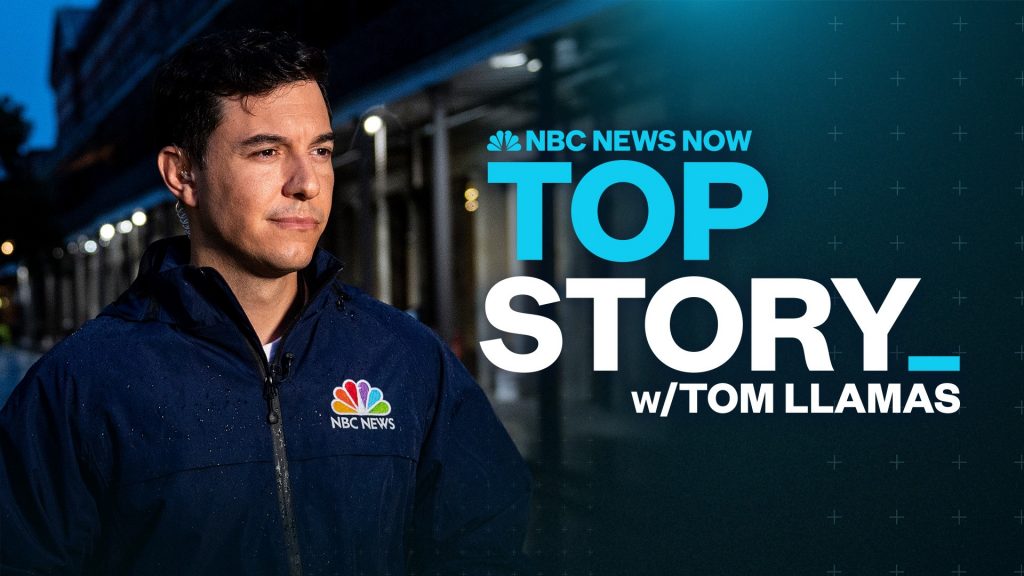